What the Carbon Tax Will Mean for Calgary Families

Albertans will be hit with a carbon tax starting on January 1st 2017. Probably the first thing you will notice is that gas at the pumps will increase by around 6 cents a litre. Next, the cost of everything you buy will gradually go up because the cost of shipping on rail, trucks, and planes will go up as well. If you want to take a taxi, transit, or flight, that will cost more too. Anything that requires energy will be taxed and if you are not paying the tax directly, someone will be passing their costs on to you through the things and services you buy. 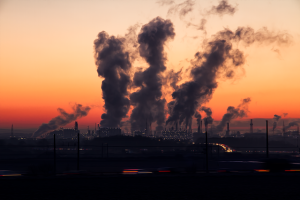 Even if you sign petitions and go to rallies protesting the tax, and even if you were successful in getting Rachel Notley to reconsider, you would still have Justin Trudeau to deal with. He has mandated that all provinces must have some sort of carbon scheme in place by 2018. Alberta’s carbon tax starts out at $20 per tonne and ramps up to $30 per tonne in 2018. Trudeau’s plan calls for $10 per tonne in 2018 with it increasing by $10 per tonne every year until 2022 when it will be $50 per tonne. So, rest assured you will be paying more every year.

It is estimated that the Alberta carbon tax will cost Alberta families at least $600 per year starting in 2017 and once the Trudeau carbon tax is fully implemented in 2022, the cost could be as high as $2600 per family in Canada.

The cost to Albertans and Canadians is bad enough but add to that, the fact that the carbon tax will do virtually nothing to slow carbon emissions. Canada is a large and cold country. People are not going to turn down their thermostats and buy less gas for their cars, or eat less food, buy less clothing, or services. While BC and Alberta will have carbon taxes, Quebec and Ontario have signed on to a cap and trade scheme with California. This type of system has been found to be easy to manipulate and open to fraud. The basic idea is that you pay someone else for credits so that you can emit more carbon than you would otherwise be allowed with the hope that they reduce their emissions.

Alberta’s economy is doing poorly with the persistently low energy prices, although there have been some rays of hope recently with the Saudi’s agreeing to cut back production and oil hovering above the $50 mark. Even with that slight bit of good news, now is not the time to introduce a tax into a struggling economy. At the very least, they should wait until 2018 and follow Trudeau’s plan which starts at $10 per tonne. Why go above and beyond when our economy is hurting. Maybe things will be better by 2018 and our economy will be more able to absorb a $10 carbon tax by then.