Do we really need a Bullet Train?

There has been a lot of talk in the last few years about how Alberta may need a bullet train. The subject has recently come up again when the PC government said a committee will look into this yet again. There will be hearings in Edmonton , Calgary, and Red deer. They will report their findings within a few months.

My take on this is that we absolutely, categorically do not need a bullet train. In fact the 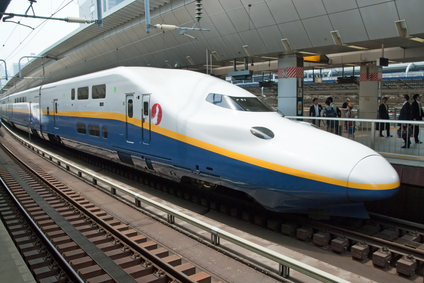 whole idea is a little crazy. First off who would use it? The most obvious answer would be business people, but really how many of them need to go from Calgary to Edmonton or vise versa every week? Even if that number is in the thousands, it wouldn’t be enough. What if you were going to visit friends or relatives in Edmonton – how often would you use the train? Also the assumption is that the train would go from downtown to downtown. Well what if you needed to go to the suburbs? Then you would either have to take a taxi which is expensive or you would have to use public transit which is time consuming. Even if you could make the trip in 90 minutes would it be worth the cost and hassles?

The alternative is the status quo which is you either fly, drive, or take the bus. I think we have enough options. A better idea would be to use any available money to slowly triple lane the QE2 highway. Most people are still going to drive because it just gives them way more flexiblilty once they get to their destination. That way can just drive where ever they want and don’t have to rely on someone else’s schedule be it the train, a taxi, a plane, or transit.

The cost of a train ride would presumably cheaper than flying but not by much. What about the cost of building the thing in the first place? This is where it gets really scary. There have been estimates that vary wildly from 3 billion dollars to 20 billion dollars. With the PC government we have today freely spending on everything and anything, we are already about 7 billion dollars in debt. They just wiped out Ralph’s legacy in no time. They would have to borrow the money and increase our debt dramatically in the process. The whole thing would become a white elephant.

I know Alberta’s population is growing rapidly and there is a strain on our existing infrastructure. You just have to look at the way the Edmonton and Calgary real estate markets are performing. Prices are back to the levels we saw in 2007 and rental vacancies are very low. But I have to argue that a large amount of money spent on a bullet train would be a very poor use of our limited funds.

Places like southern California with a population about 8 times as high as Alberta have struggled to make a bullet train economical. Lets be smart about this